Cannabis has become one crucial natural compound in making different medicines and other health-related drugs. Due to its medicinal effects and more significant advantages than disadvantages, its usage has become much more acceptable in society than before. Owing to this, many states and cities worldwide have started to legalize the use of Cannabis and Marijuana. The Cannabis extracts are used to form different medicinal drugs, including the world-renowned CBD Oil used for various purposes. Its versatility is what has made the product vastly popular amongst the masses. Colorado is one state that is known primarily for the production and the consumption of CBD Oils. The full spectrum CBD Oil from Colorado is regarded as one of the best and the most effective these days.

What is CBD Oil?

Before moving on to the details of the product and why it has become legal in many states, one must have the necessary and thorough knowledge of the functionality and the usage of the product itself. CBD Oil is a natural oil formed via CBD or Cannabinoid, a chemical found naturally in marijuana plants. Hence, CBD Oils have a direct link with Marijuana plants. In simpler terms, CBD Oils are formed directly from Marijuana plants and is one reason why the general public had mixed views and reviews about the product since Marijuana is commonly used as a drug to get high and lose sensations. However, as research later found out, these chemical compounds and extracts are very beneficial for a person’s mental and physical health and are precisely why products like CBD Oil came into existence. The primary purposes of using the CBD Oil include anxiety relief, pain relief, seizure slow down, increased alleviation for Cancer treatment as well as other multiple benefits. Such a natural remedy for so many different ailments could not have been overlooked and, therefore, soon came into existence.

In what states is it legal to use CBD Oil? 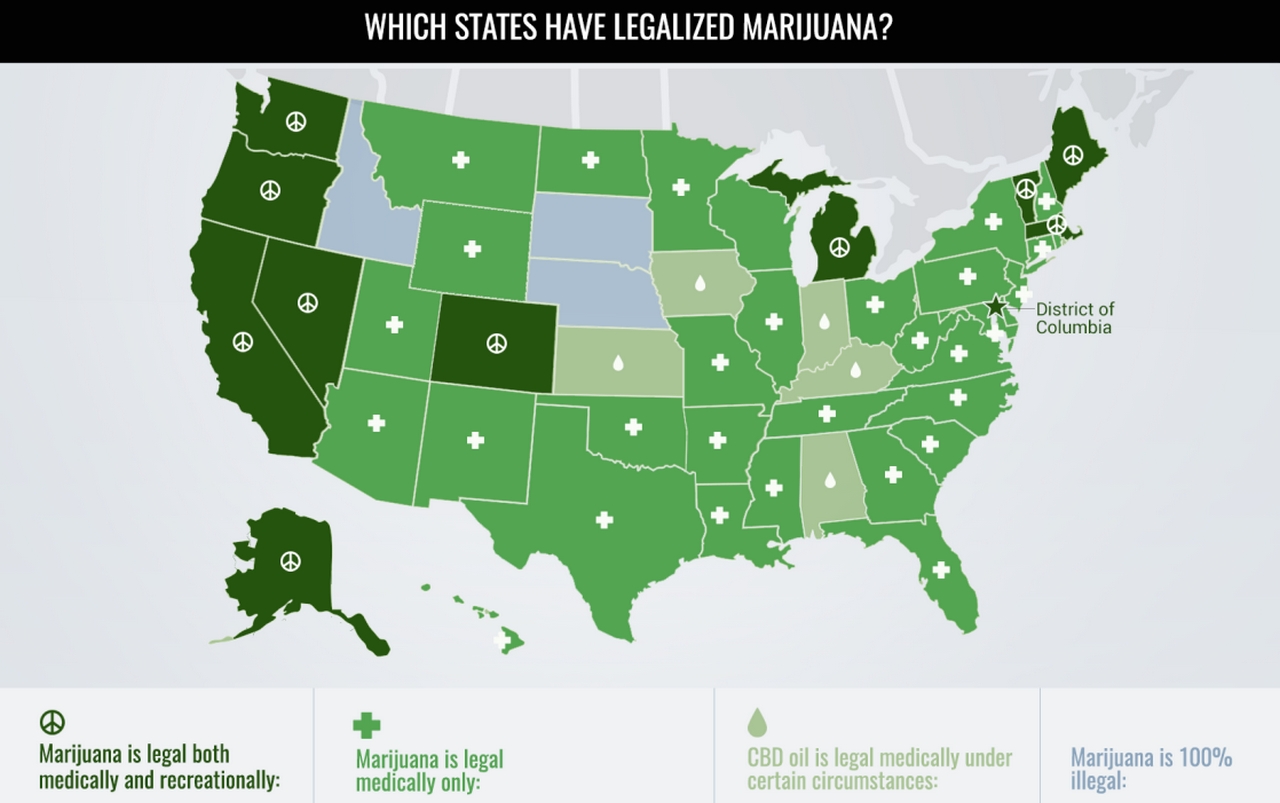 Even though CBD oil is perfectly safe to use and offers various benefits for different treatments, it is still not useable in many states. Recently, the usage of CBD Oil has been made legal in different states in the United States. The recreational usage of Cannabis and CBD Oil is only legalized in 15 different states from all over the United States of America (USA). These states include Alaska, Arizona, California, Colorado, Illinois, Maine, Massachusetts, Michigan, Montana, Nevada, New Jersey, Oregon, South Dakota, Vermont, and Washington, the District of Columbia, the Northern Mariana Islands, and Guam. As far as the drug’s commercial distribution is concerned, it is allowed in all those jurisdictions where Cannabis has already been legalized.